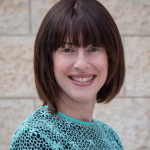 Imagine you’re on business or vacation in an exotic location, and you’re scheduled to immerse in the mikveh. You have one problem – no access to a kosher man-made mikveh for immersion. Perhaps you call me, a Nishmat Yoetzet Halacha, for assistance, and I help you ascertain whether a local natural body of water qualifies as a kosher mikveh.

Yes, that particular lake is not man-made. Yes, while your cruise disembarks for a few hours, here’s what you should do. No, hot springs at the spa resort don’t qualify. Then, we review how to use the approved natural body of water while maintaining safety and modesty, and avoiding any barriers to immersion: Yes, during your trip to Puerto Rico two hours away from the closest Chabad mikveh, here’s how you could immerse in the ocean without encountering any sharks at night.

Many women experience a natural setting for immersion as exhilarating and spiritually uplifting. But during this pandemic, when a woman tells me she prefers to immerse in a local spring or drive out to the ocean, it compounds my grief over the pain, suffering and loss this virus has unleashed. At face value, her question reflects the incongruity of shuttering every religious ritual that normally takes place outside the home, aside from the women’s mikveh. With all the uncertainty about this novel virus, can we be sure that our efforts to employ rigorous social distancing and disinfection rules are sufficient to prevent contraction and spread of Covid-19 at the Mikveh?

The public health experts, epidemiologists and virologists with whom Nishmat’s Yoatzot Halacha consult have determined that a mikveh that employs strict standards of disinfection and social distancing protocols is safe, perhaps even safer than using a natural body of water. What’s more, in most places, visiting natural bodies of water remains illegal, as governments around the world have banned access in order to curb disease spread. However, as lockdowns ease, visiting natural bodies of water will become legal in more places, and in some circumstances, halacha might reopen that option to a woman.

But the context of these queries for immersion in a natural body of water is what pains me. The pandemic has reduced this central pillar of halachic practice to anxious conversations about asymptomatic and aerosol spread, bleach and bromine. While this shift in attitude pales in comparison to the human pain, suffering and casualties from the pandemic itself and the potential long-term scars of the steep financial loss, it is far from trivial. Quests to immerse in an ocean now epitomize the brokenness in our world that originally fueled this pandemic. I hear them as an incriminating verdict about the moment in history we inhabit, and I think much more transpires here on a theological plane under the surface. We were entrusted by G-d with conquering the world to rein in the dangers of unbridled nature, while simultaneously protecting 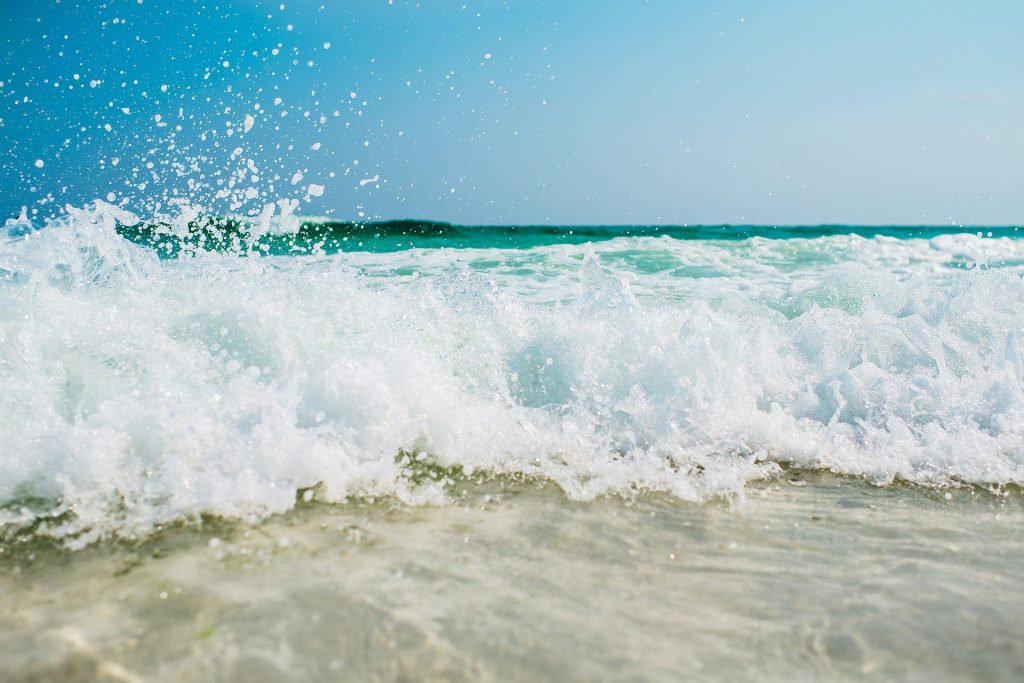 and maintaining nature. The mikveh safety conversation, at times charged and divisive, is yet another reflection of our failure to take care of G-d’s world.

What is mikveh all about? Rambam in Hilchot Mikvaot 11:12 states that the intricate system of Tumah and Taharah is a גזירת הכתוב, an inexplicable command of G-d whose reasons are inaccessible to the limited human mind. This message itself resonates with me right now, as we have watched this invisible virus snatch hundreds of thousands of lives, inflict physical suffering on millions, and reverse decades of financial advance, imperiling the global community through shutdowns imposed to protect human life. A work of G-d humbling us and reminding us we perceive only a glimpse of the Divine mind.

Mikveh, however, might contain a deeper message for our time. Rambam himself breaks his own rule of accepting this area of law as beyond human grasp moments later when he tells us that we can perhaps have some “hints” of meaning which might propel our own self-improvement. A central theme developed by other core interpreters of our Torah texts is that the mikveh waters and all waters of the world connect back to the pristine waters of creation and the Garden of Eden described in the first two chapters of Bereishit.[1] Mikveh waters represent humanity’s capacity to tap into deep reservoirs of strength to recreate ourselves.

On the third day of creation, G-d uses the word “mikveh”, gathering of water, to describe the waters which gather together in order to enable dry land to emerge, setting the stage for vegetation, animals and humans to take their places in G-d’s intricate plan (Bereishit 1:9-10). In chapter two, before humans sin and damage our relationship with G-d, He ensures that one tiny trickle of connection to a pre-sin world will remain, through a river that exits Eden and separates into four separate rivers, flowing into the rest of the waters of the world (Bereishit 2:10). The mitzvah to immerse in naturally collected mikveh waters thus connects us back to this untouched natural state, and enables us to restore and recreate ourselves.

Four chapters after birthing the world out of water, however, G-d returns it to chaos through water, when Noach’s generation shows complete lack of respect for boundaries and plummets into immoral behavior. Water also possesses a dangerous ability to unleash unfathomable destruction.

Similarly, when Daniel dreams of four destructive empires which imperil the world, he envisions four beasts emerging from the depths of the sea. The sea represents the wild, unbridled portion of our earth which has yet to be tamed by humanity, and the Satanic, evil empires that have the capacity to turn civilization into a monster rise from those seas.[2] 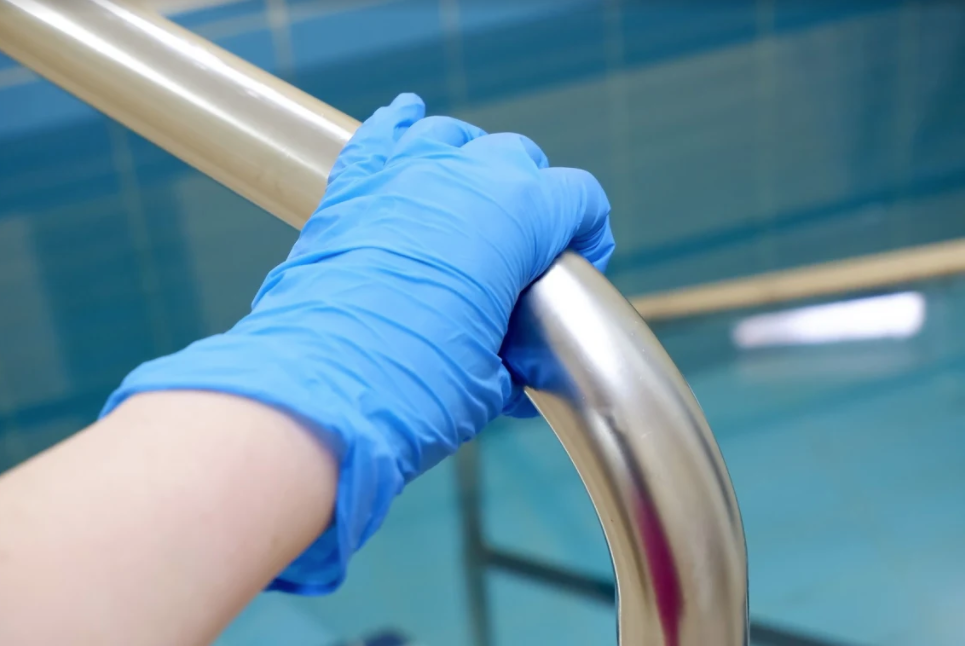 In those first two chapters of Bereishit, G-d gives two seemingly contradictory commands. In chapter one, G-d puts humans in control: “…fill the earth and master it; and rule the fish of the sea, the birds of the sky, and all the living things that creep on earth.” (1:28) In chapter two, G-d commands us to till and tend the Garden of Eden. (2:15) G-d commands mankind to balance these two – conquering nature while protecting and preserving it.

Our challenge is to calibrate these missions, conquering nature without destroying it. This failure began soon after our sins had us expelled from Gan Eden. Tuval Kayin, great grandchild of the first murderer, Kayin, mined copper and iron (Bereishit 4:22). These metals could be used for good, as technological innovation and commerce[3] enable a great exchange of resources, enabling a human network to share talents and resources and improve quality of life for everyone. Air travel enables us to traverse the expanses of the world’s vast waters that create natural borders between continents at ever faster speeds, transferring goods and ideas for the betterment of mankind.

But humans also fashion violent weapons out of metal, so metal represents man’s ability to destroy humankind and nature. Returning to Daniel’s vision, the fourth and most horrific beast was “fearsome, dreadful, and very powerful, with great iron teeth—that devoured and crushed, and stamped the remains with its feet.” (Daniel 7:7) Ostensibly, we’ve slain the sea monsters, harnessed metal for great causes and conquered the earth, bringing unprecedented higher quality of life to billions. But not without grave consequences to environmental health, and not without closing our eyes to the underpaid workforce in sweatshops that enable us to mass produce for pennies and amass personal fortunes. Nature left completely untouched by man and nature recklessly subdued in an unsustainable way are equally dangerous. Discovering and mass-producing sustainable technology that does not deplete our natural resources is a challenge our generation must solve.

The jury is still out as to the precise source of this disease, but it should lead us to reconsider the proper balance between conquering and preserving this planet. The last two months of sheltering in place and massive job loss have lowered pollution and encouraged wildlife to return to prior habitats from which we have displaced them. At the same time, our advances in medicine enabled us to develop the ventilators and ECMO machines that have reduced the death toll. Scientists are currently researching and developing products out of copper, on the theory that copper can prevent fomite spread of COVID-19 and other pathogens. But let’s not ignore the plastic waste of personal protective equipment essential to preventing further disease spread while simultaneously threatening our planet.

As part of recalibrating the relationship between conquering and preserving the earth, should we seek to encourage more immersion in natural bodies of water, when legal and safe?

Perhaps. Alternatively, from a theological/philosophical perspective, using a man-made Mikveh might symbolize the proper balance between conquering the earth and preserving it. For a man-made mikveh to function halachically, the Edenic rainwater must initially be collected naturally, with minimal human intervention. The water in which we actually immerse is generally not that untouched water, but rather a pool of water connected to it, treated with chlorine or bromine, further cleansed through state-of-the-art filters. Various halachically sanctioned mechanisms connect this pool to the natural mikveh, the in-ground pit with water untouched by human intervention. The last two decades have seen the proliferation of luxurious spa-like mikvaot, whose beauty conceals the many thoughtful and careful steps taken to ensure no dangerous pathogen, including but not limited to Coronavirus, spreads between users. The modern mikveh is pure nature, perfectly balanced with technology, and aesthetics.

I pray for a time when we can enter our gorgeous mikvaot and bask in their beauty, without scanning nervously for proof of protocol observance. I pray for a time when we can consider using natural bodies of water as mikvaot not out of fear, but because we’ve figured out a way to safely and responsibly travel the world again, even to places without man-made mikvaot. I pray for the opportunity to explore the natural options for immersion in a far-flung locale, fully mindful of the potential beauty and wonder of the experience.

The words of this author reflect his/her own opinions and do not necessarily represent the official position of Nishmat.

[2] See Bava Batra 73a-74a which further develops this theme and connects various different Biblical sea creatures, showing how G-d needed to restrain the seas and their inhabitants, or else boundless evil would have made the world uninhabitable.